Grocers and Associate Vendor members of the North Dakota Grocers Association met in Fargo ND October 3rd and 4th for their annual convention. After a two-year hiatus caused by the Covid-19 pandemic NDGA was concerned about the turnout of retailers and vendors. Our fears were unfounded as we experienced a large increase in retailer registrations to complement a sizeable number of vendor booths.

This year’s convention featured a few changes; specifically, to the Monday night Hors D’ oeuvres extravaganza, a Tuesday breakfast Legislative forum, and a noon luncheon. The comments received so far appear to support the changes.

NDGA wishes to thank these sponsors of our annual convention: 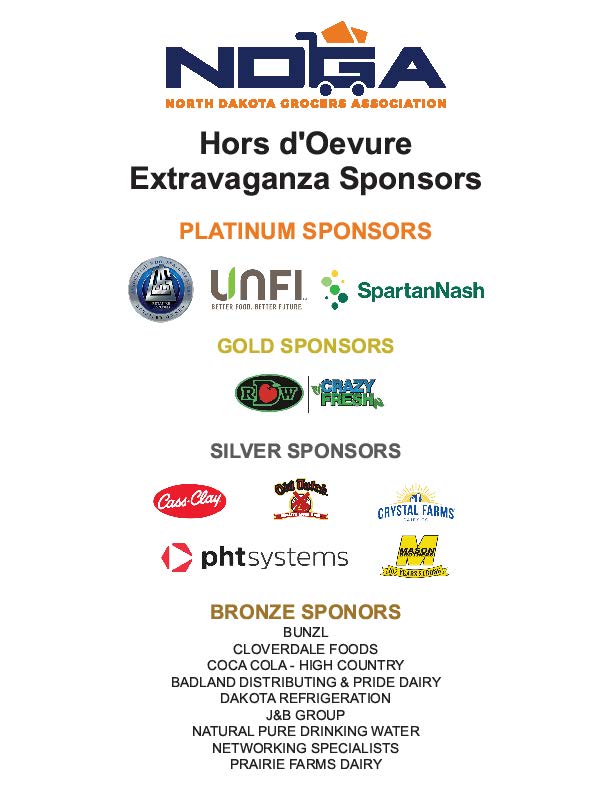 An important element of the NDGA Convention is to recognize and honor individuals who have made an impact on our industry. This year’s recipients of the Sales/Support Person of the year, The Spirit of America Award, and the Grocer of the Year exemplifies the qualities of service to the industry and to their communities. 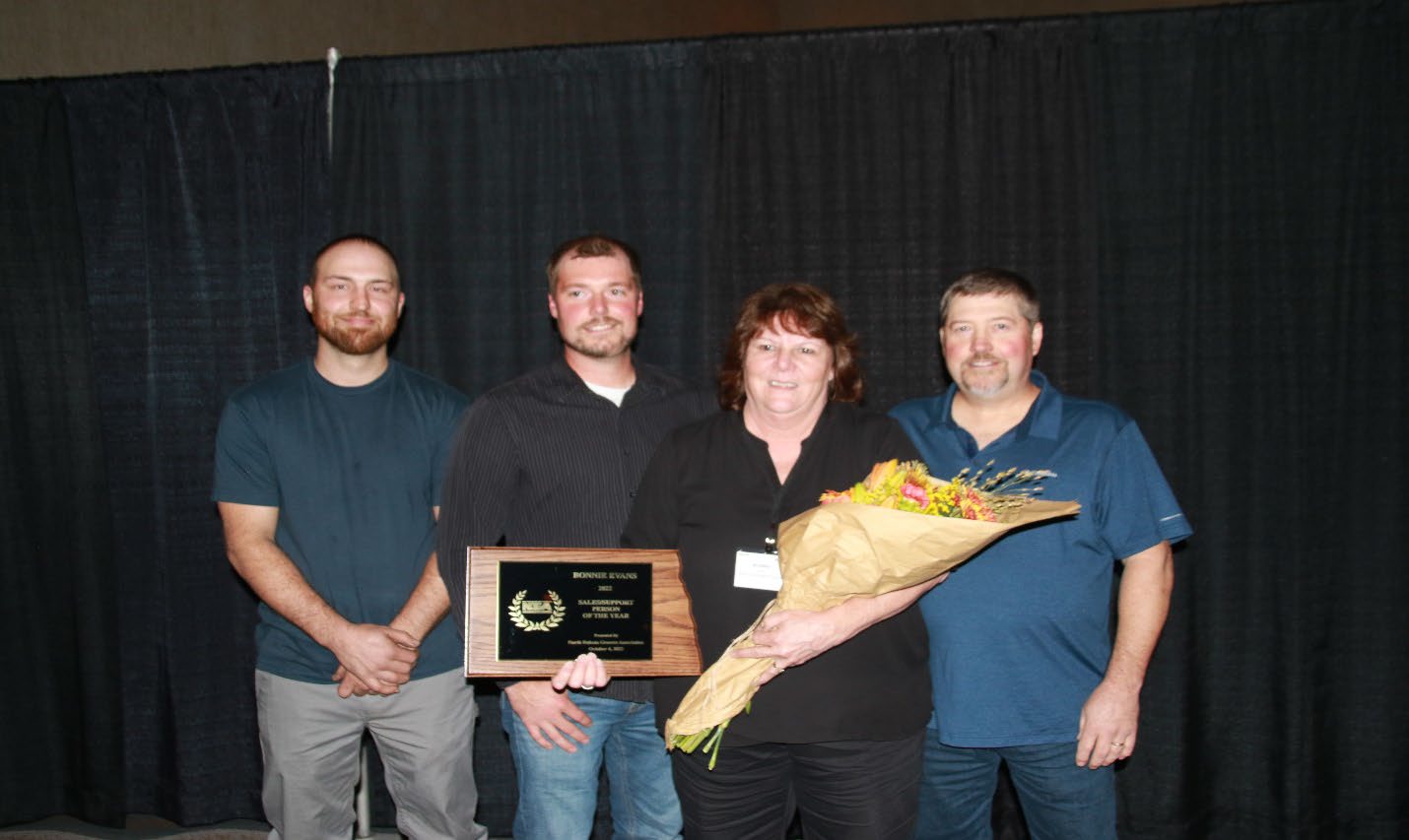 Wisconsin, and Iowa. In 2015 Bonnie was promoted to a sales manager position. In recommending Bonnie, a retail grocer described her as “a great asset to our team; she always works hard to grow our sales”. Bonnie is married to Jeff and has two sons: Justin, and Jacob.

The Spirit of America Award is granted by the National Grocers Association in recognition of Matt Leiseth’s active participation in “preserving and fostering the principles of free enterprise, and as a strong advocate for the independent food distribution industry”. 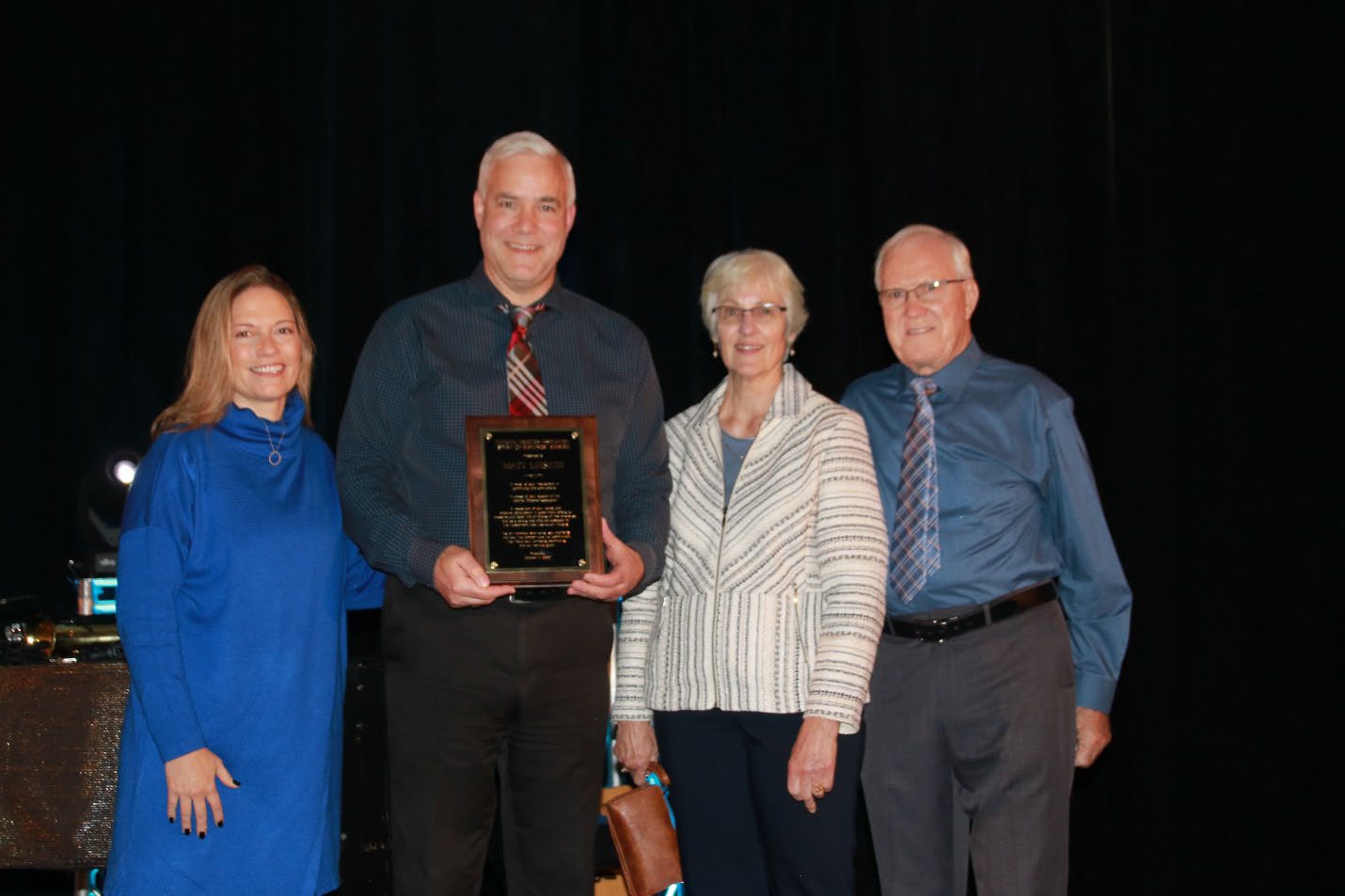 Leiseth started his career 1991 as a part time bagger at Hornbacher’s while going to college in Moorhead, MN. The management of Hornbacher’s soon saw the potential in Matt and soon promoted him to Customer Service Manager. Leiseth is currently the President of Hornbacher’s and VP of Operations for all Coborn’s, Cash Wise, and Maketplace stores.

Matt is an active leader in the Fargo-Moorhead community serving on numerous church and philanthropic boards. Under his leadership Leiseth has directed the Hornbacher’s efforts to give back to the community raising millions of dollars supporting the efforts of Great Plains Food Bank, Check out Hunger, United Way, Salvation Army, and Fill the Dome.

Matt and his wife Janelle have four children. Also pictured with Matt is his parents David and Mary Leiseth.

James Leevers is third generation independent grocer who is building on the success of his grandfather and father. 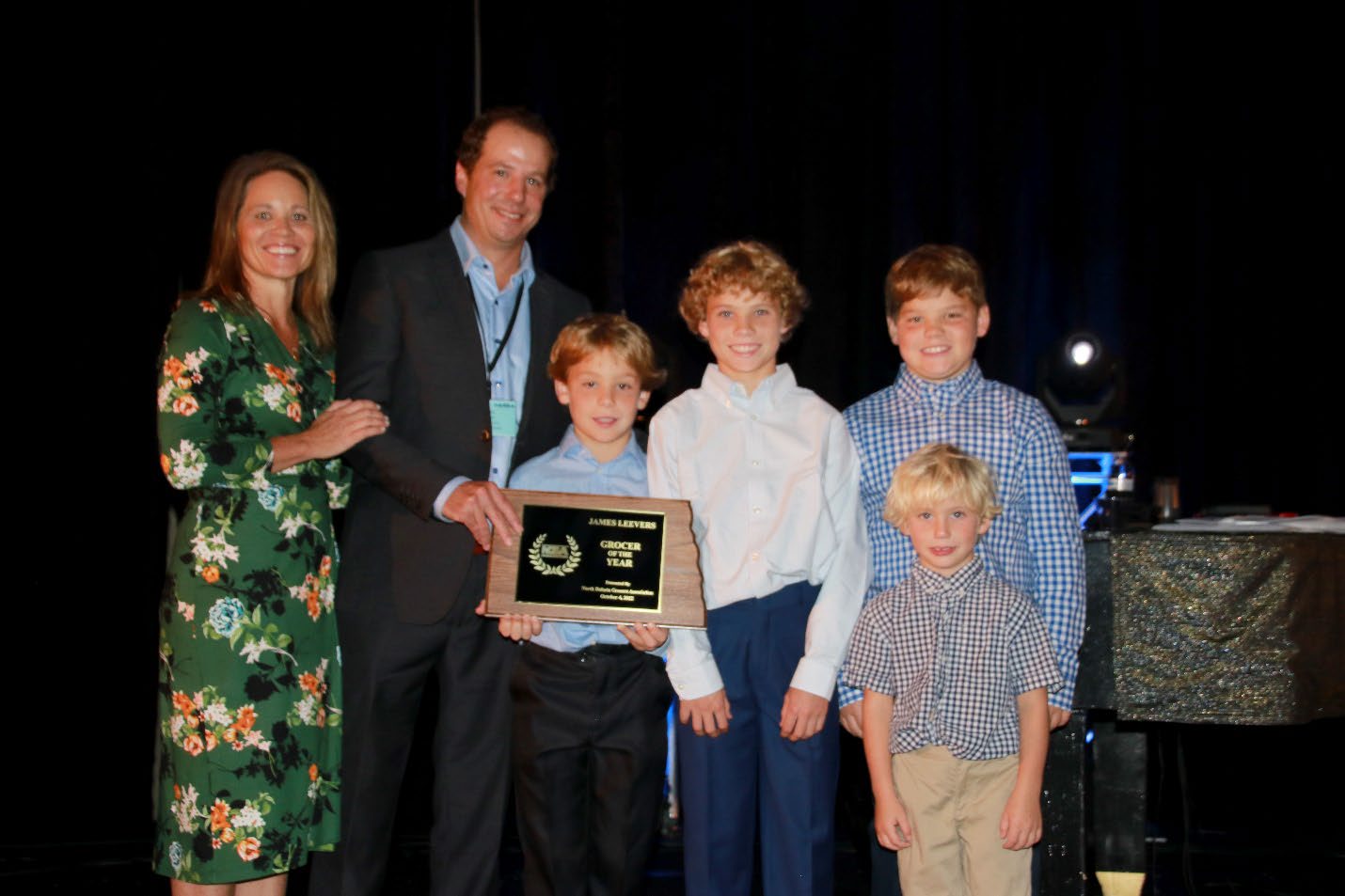 Leevers Foods, headquartered in Devils Lake ND has seven locations in North Dakota and one in Minnesota. James has made a commitment to keeping his stores and organization current on technology, training, and development of staff, and expanding online delivery. Leevers Foods has invested in new equipment for his stores and staff.

James is a believer is supporting the communities his company serves, donating money and time. He is past Board Chair and current member for the North Dakota Grocers Association. James is married and he and his wife Amber have four children.

Always one of the highlights of the NDGA convention is our Hors D’ Oeuvres Extravaganza and our silent and live auction benefiting our Richard Bronson NDGA Scholarship program. A new feature this year was inviting vendors to open their booths during the event to allow visiting with retailers in a social environment. 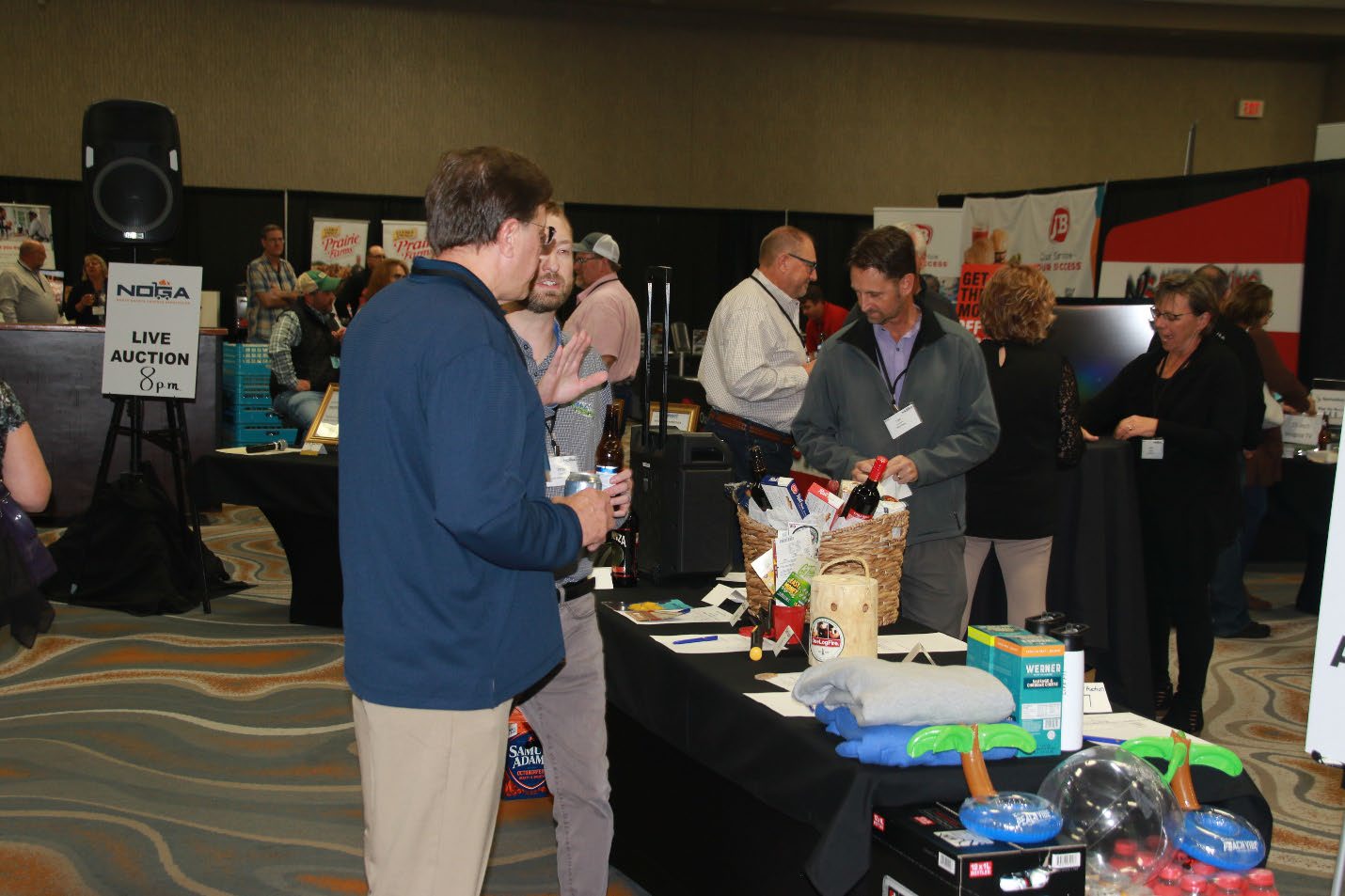 Vendors supported this by purchasing one of the four registration packages offering this option.

This year’s silent and live auction raised nearly $9000.00 which will directly benefit students who work at our retailers and vendors operations or whose parents are employed with a member company.

NDGA thanks the many retailers and vendors who generously provided items to make this event a success.

Chairman of the Board Recognition

James Leevers was recognized for his service to the NDGA Board in his capacity as Chairman.

The term of Chairman is two years but due to Covid-19 James served an extra year. Succeeding him is Tim Rhode. Thank you James, NDGA appreciates your leadership. 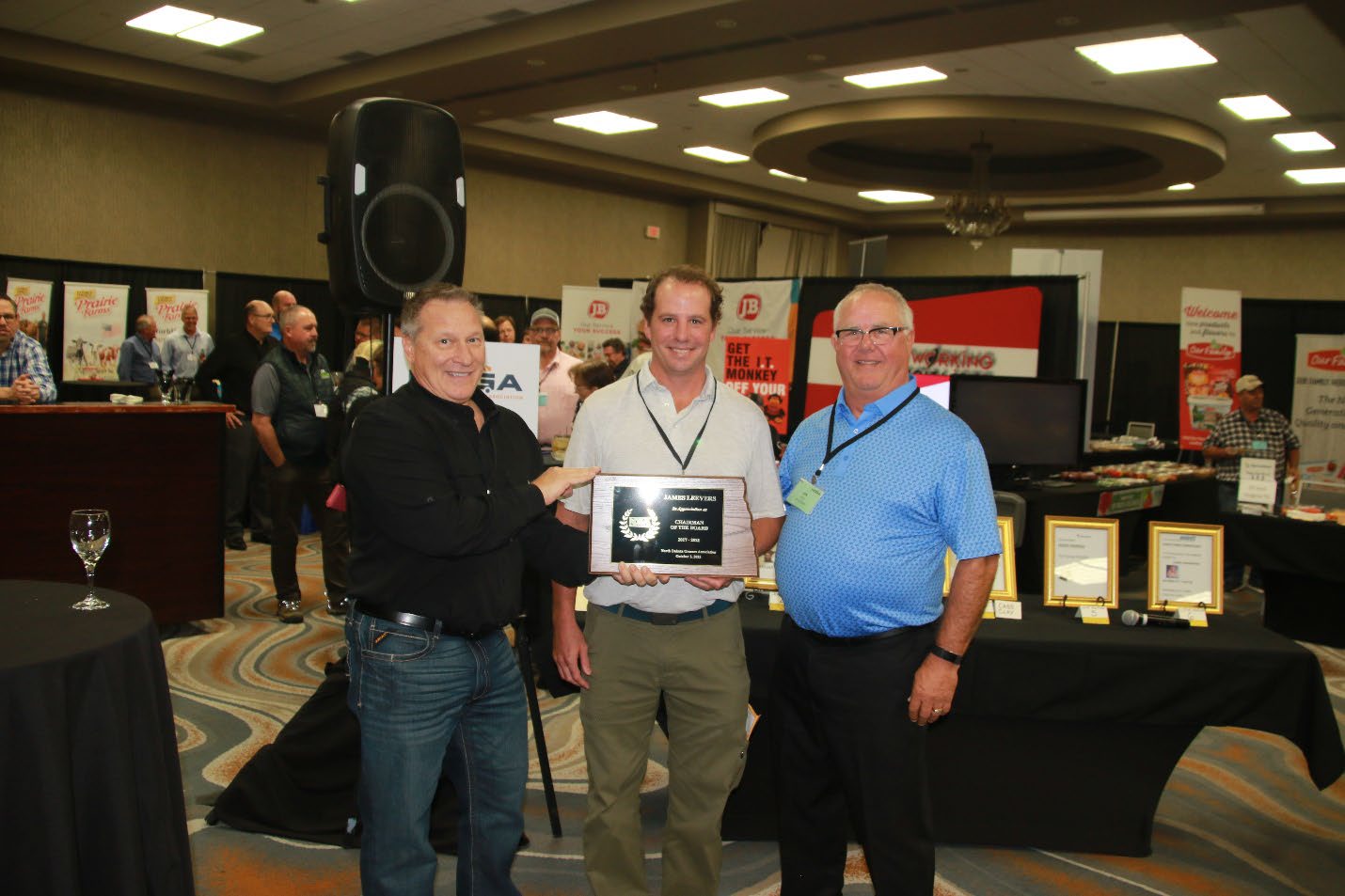 Following an early morning breakfast, Board Chairman Tim Rhode called the General Membership meeting to order for the purpose of electing officers to the NDGA Board of Directors. Re-elected to the Board were: Leon Merck-Econo Foods, Diana Hahn-Jim’s Supervalu, Kristi Magnusson-Nelson-Hugo’s, and Tim Rhode-Cash Wise. Newly elected to Board was Zac Miller with MarketPlace Foods-Minot. 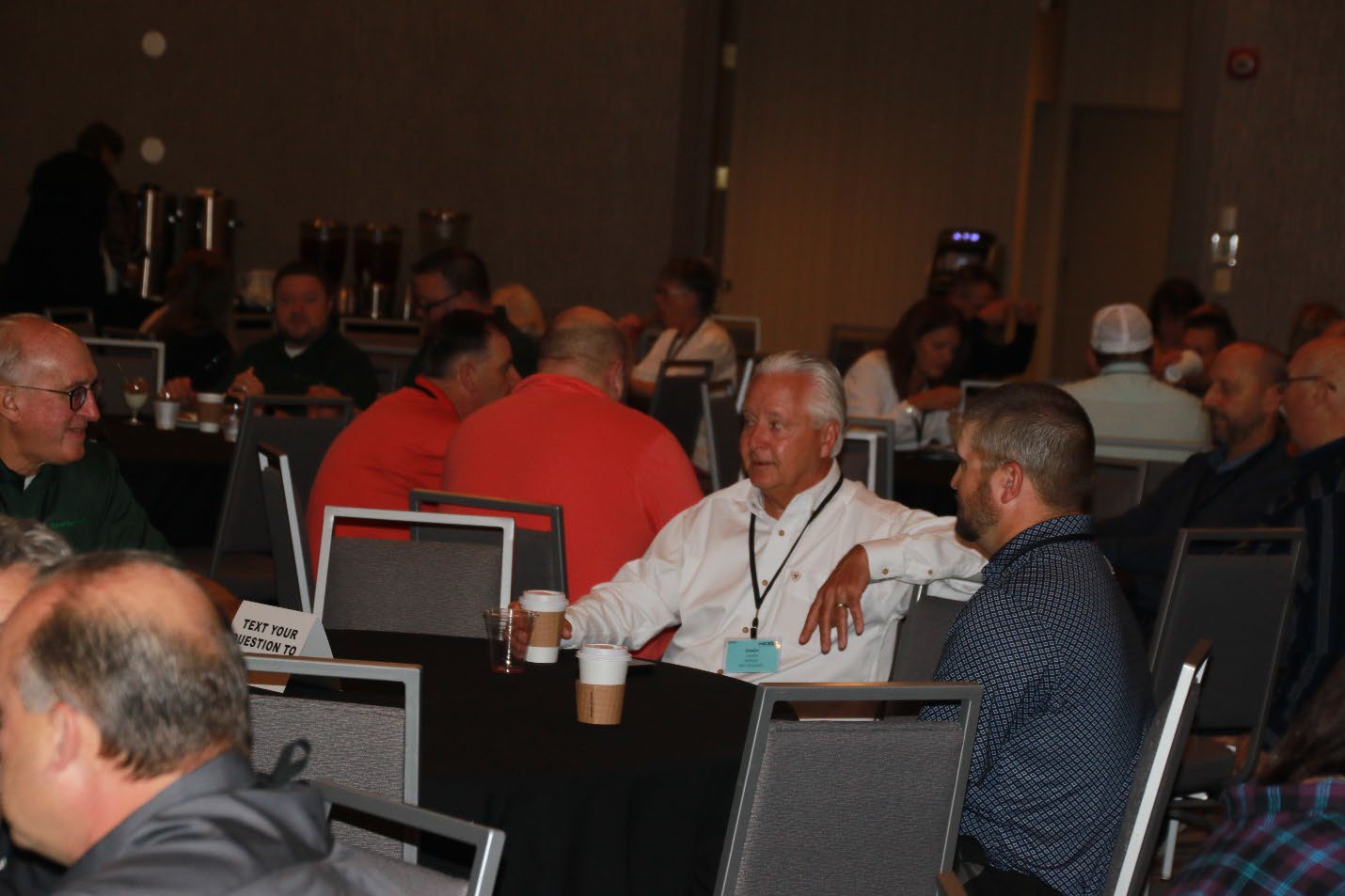 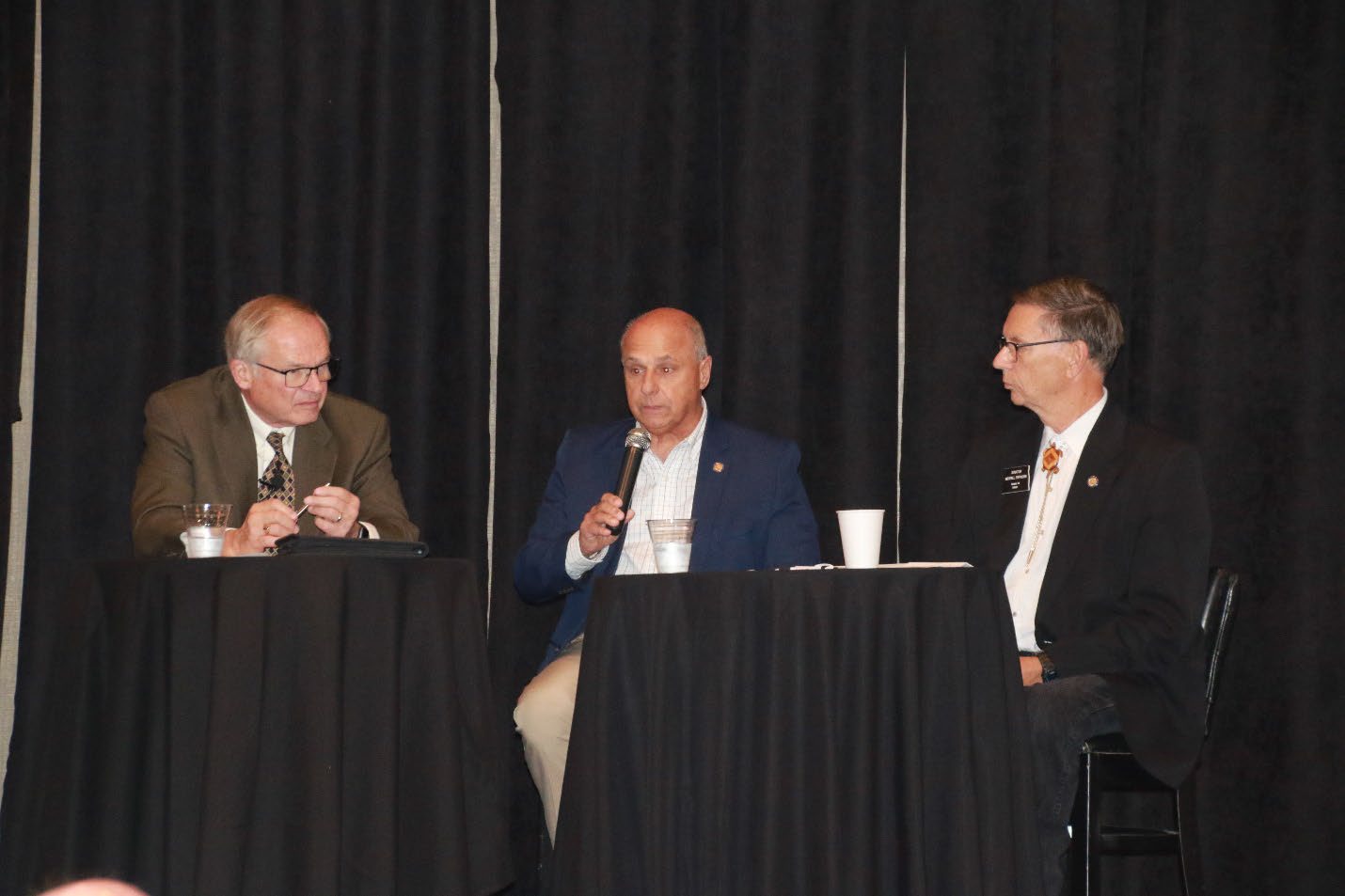 Moderator Moderator for this session was Charley Johnson, President/CEO of the Fargo-Moorhead Convention and Visitors Bureau. They covered several  topics -staffing shortages, childcare, taxation, and the Milk Marketing Board. Thank you, Senators, and Charley, for taking the time to discuss important issues facing our industry.

Billy Riggs was the featured speaker at the NDGA noon luncheon.

Billy is a world class illusionist, comedian, and speaker who has performed at the MGM Grand, Caesar’s, and the Tropicana. He has been publicly speaking for over forty years and has sold over three hundred thousand books and recordings. He brought us an important message on relationships in a colorful and entertaining style.

NDGA held its annual Vendor Trade Show at the Delta by Marriot. Forty-one vendors participated in this event, enabling retailers to visit directly with vendors and experience new products and services. 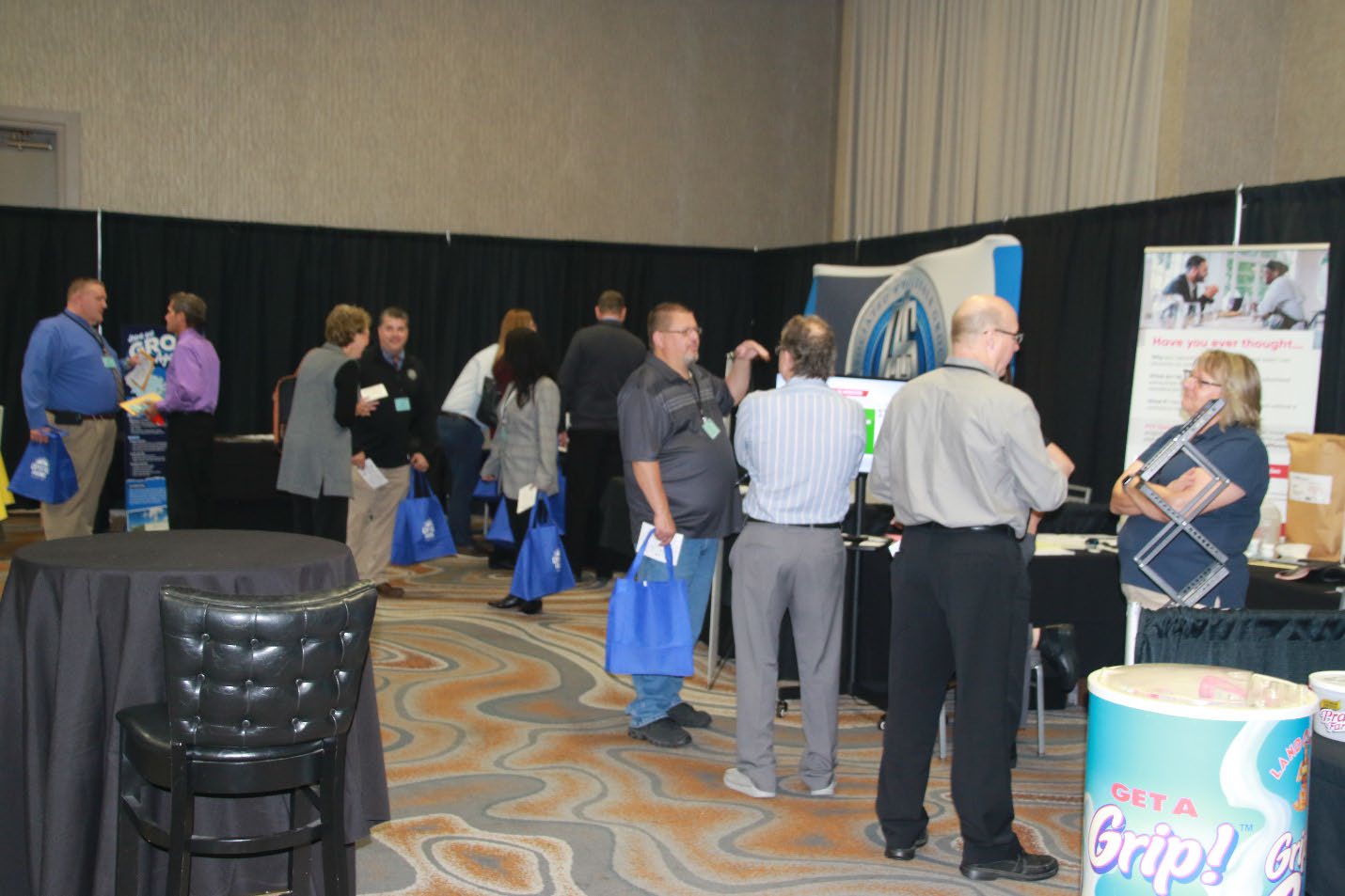 Special thanks to the following vendors who supported the NDGA convention.

Chairman of the Board Social, Banquet and Entertainment

The Crystal Ballroom at the Delta by Marriott was the venue for the Annual Chairman of the Board Banquet. This event features the presentation of awards for Salesperson and Grocer of the year as well as the NGA Spirit of America recipient. 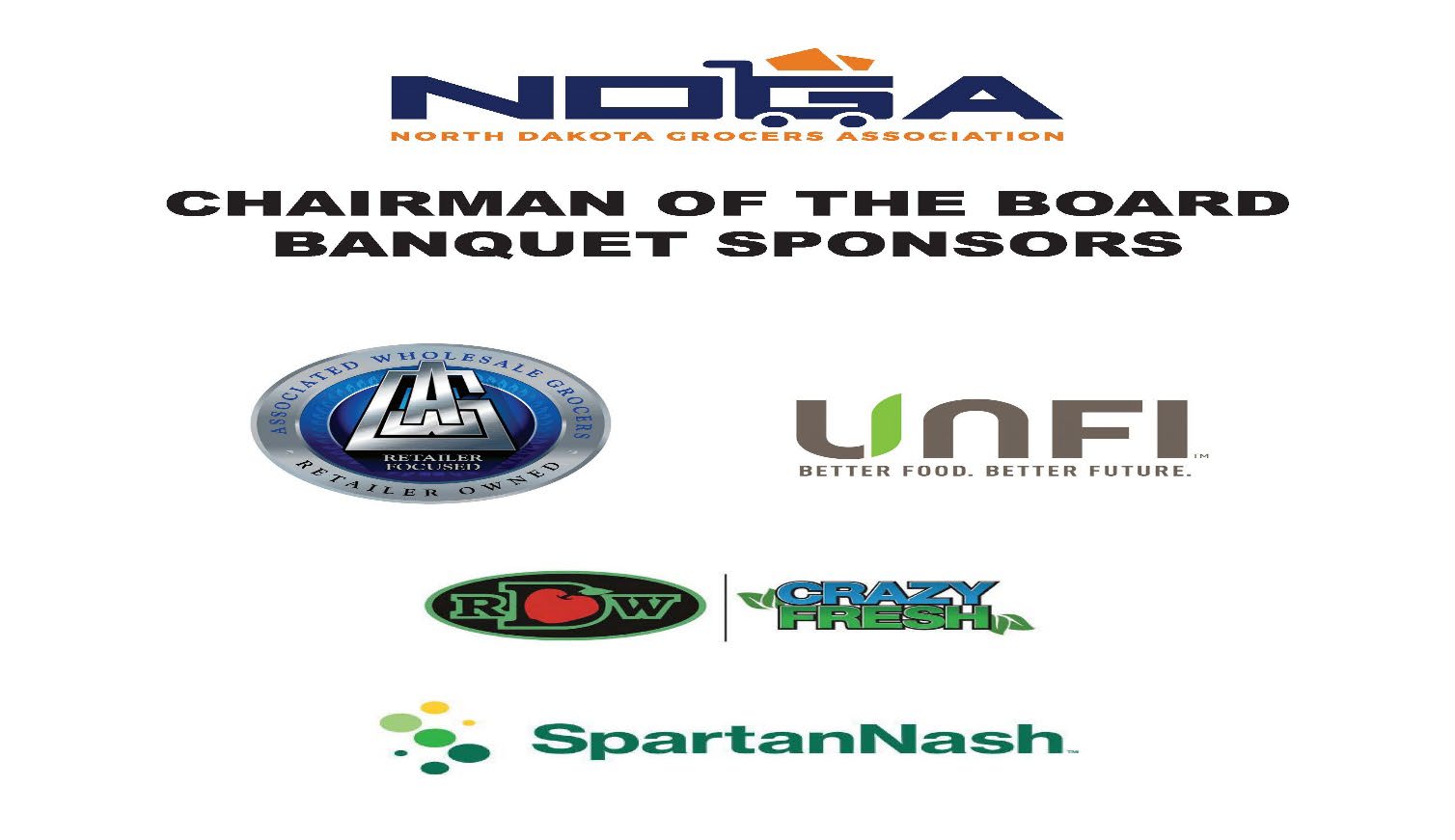 Following the awards ceremony and dinner convention goers were entertained by the Deuces Wild -Dueling Piano’s. Imagine almost 200 grocers – at the stage dancing and singing. Garret Monk and Dave Eichholz put on a superb show.

Thank you to all the Associate Vendors and Retailers who made the 2022 NDGA Convention a success. 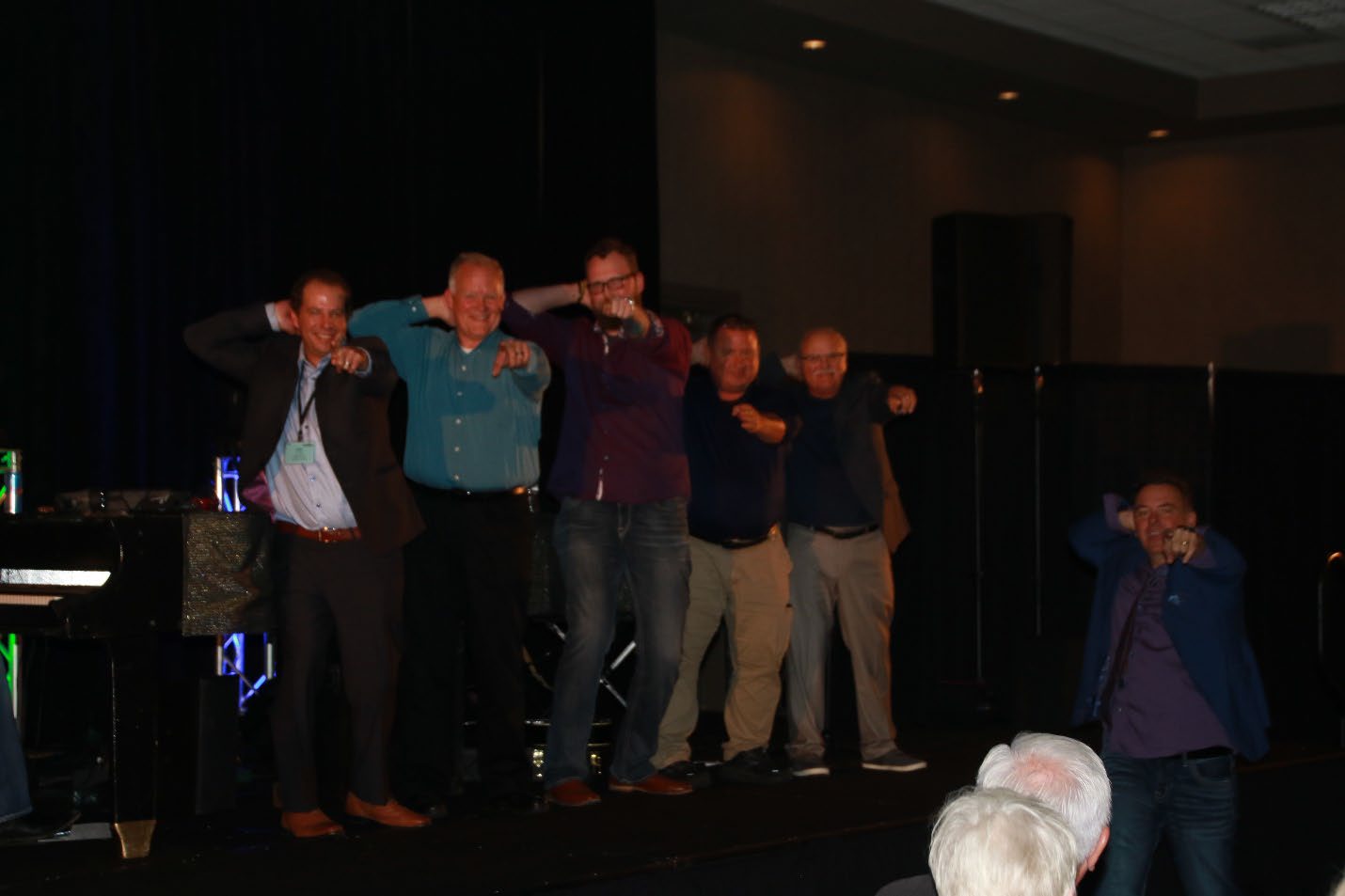 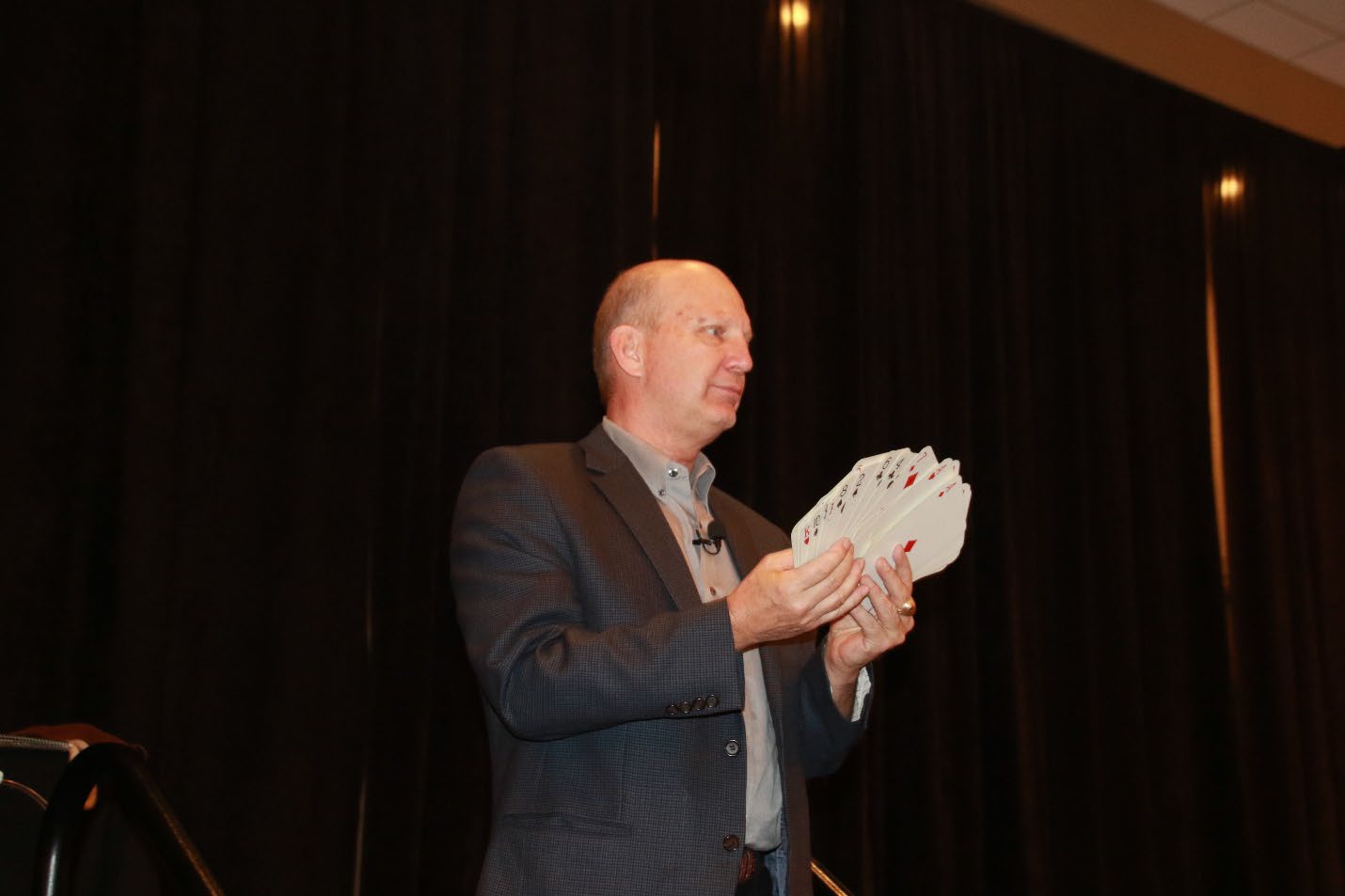 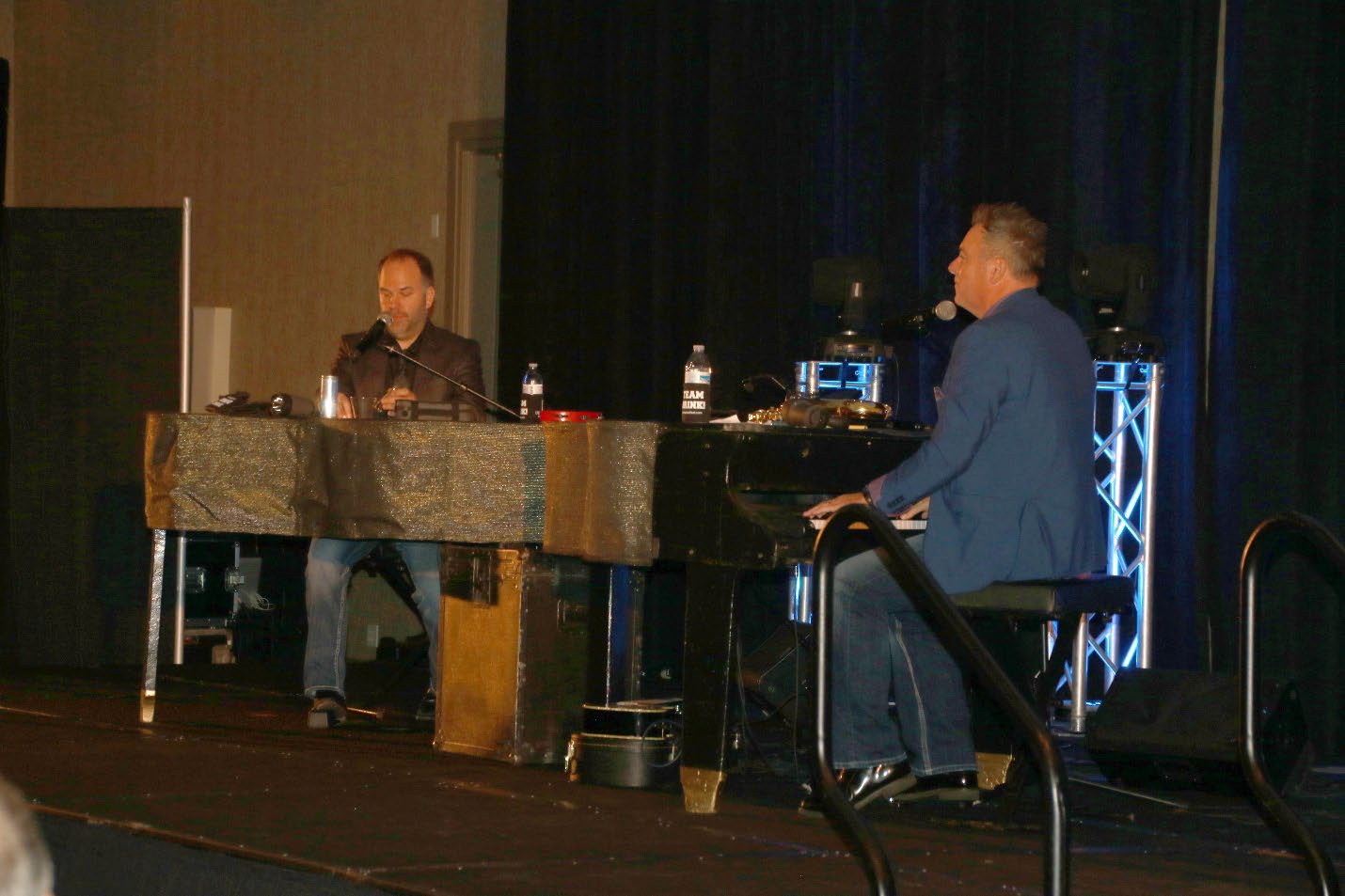 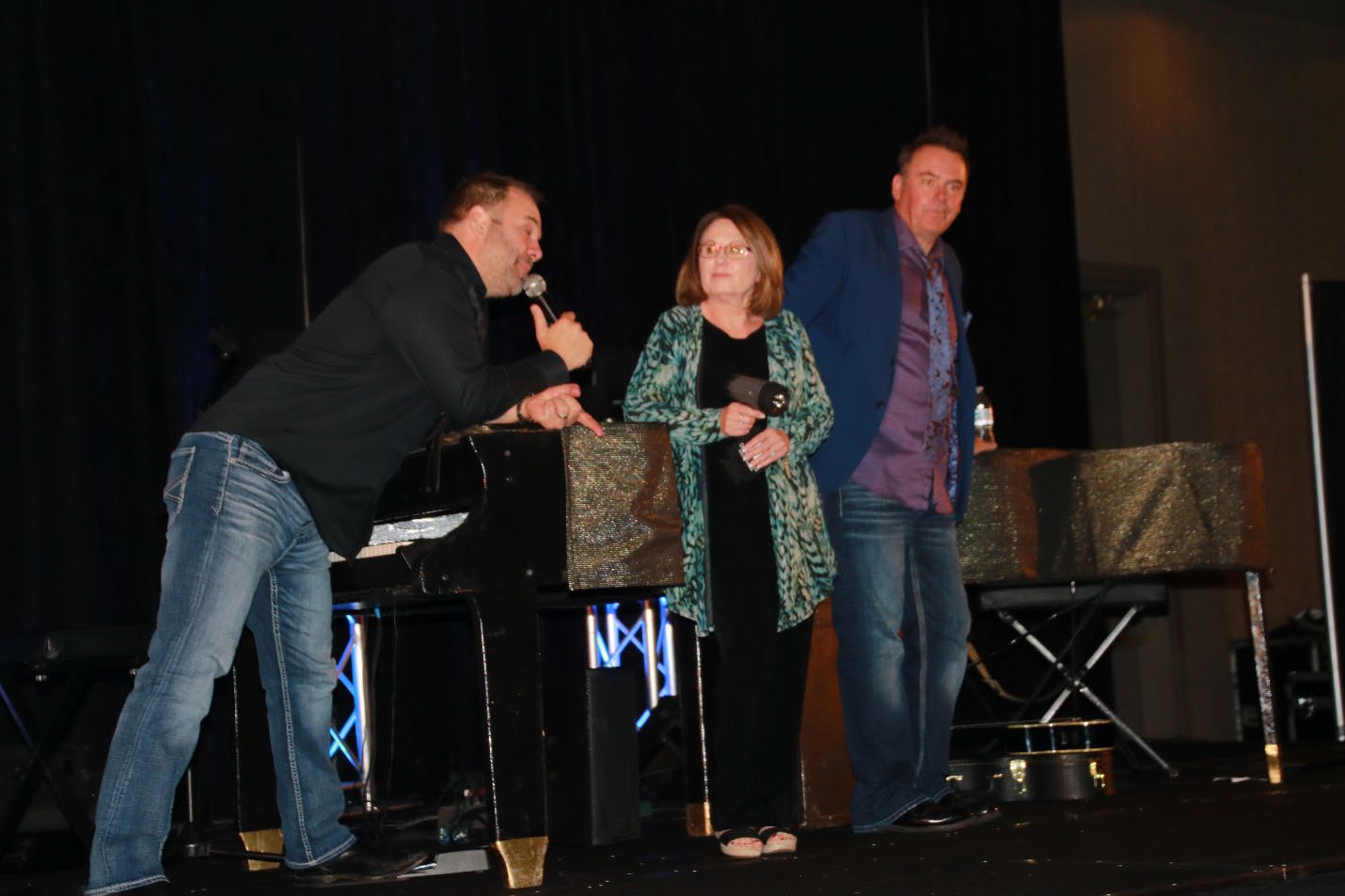 We have launched a new website! Feel free to look around!